netherlands.realigro.com is the first worldwide real estate search engine where you can look up listings of homes for rent in Netherlands

Property  for rent in the Netherlands

This problem does not exists only in Amsterdam but it suffers the whole metropolitan area of ​​the capital city.

There are a number of municipalities where it is still possible to find properties for rent in the Netherlands.

In Almere, Diemen, Edam-Volendam and Heemskerk, where sufficient real estate will be built to partially reduce the pressure on the market of properties for rent  in Amsterdam.

In recent years, those looking for a property for rent  in the Netherlands move mainly to cities that offer a direct public connection to Amsterdam. In addition to Rotterdam, The Hague and Utrecht  the three largest Dutch cities,  Delft, Den Bosch, Lelystad, Amersfoort and Arnhem  are also famous. The consequence is that the prices of properties for rent in these locations will increase.

There are many reasons that push many Europeans to move to the Netherlands. It is a state-of-the-art country and is considered among the best countries in the world thanks to the labour market offering many opportunities, to the high civic sense, to the lowest pollution rate in Europe and to the low crime rate.

Those looking for properties for rent in the Netherlands do so mainly because it is a country above the European average for balance between work and private life.

If you are looking for a property for rent  in the Netherlands, Amsterdam is the largest city, the capital where the level of multiculturalism is high. Life in Amsterdam can be chaotic, it is full of tourists and students, it is the financial centre of the country and it  is home to many international companies. For these reasons it is the most expensive city in the country where looking  for properties for rent in the Netherlands.

Rotterdam is an important city where  looking  for properties for rent  in the Netherlands. It is the financial centre of the Netherlands and it is the largest port in the country and in Europe. For size it is the second city and it is home to a prestigious university.

Rental prices in the Netherlands can also be high but are adjusted to wages.

More news on the real estate market
Other

145.48USD
For rent
1 Bedroom
65 m²
The rest is for one night . For more time we discuss the price. The location is in the center of Amsterdam and you can walk to every interesting plac...
Add to favourites Details
REALIGRO FREE ADVERT
Cod. 21992 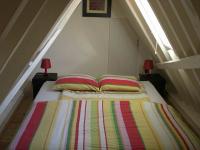 303.08USD
For rent
2 Bedrooms
40 m²
The apartment is located in the area of Prins Hendrikkade (near dam square). The apartment has a living room , two bedrooms , a bathroom and a fully e...
Add to favourites Details

» Show more
Why choose Realigro?
There are many reasons for choosing Realigro. We summarized them in this beautiful infographic
Free
and Premium Services Check out how easy it is to sell or find your home with our Free and Premium services
Professional Services Discover how to increase your business opportunities
Collaboration between Property portals Do you have a property portal with a nationwide focus? Publish your database on Realigro.
Property for sale
Property for rent
» Other
2005-2021 REALIGRO REAL ESTATE LTD. All Rights Reserved - VAT Nr: 893969932
Neikos Digital Agency
BB